Showing posts from May, 2019
Show all

Dell Technologies World 2019 ushered in a new era of partnership between VMware and Dell EMC. VMware used the size and scope of the event to make major announcements. During his keynote address, Pat Gelsinger said “this is like VMworld,” and I could not agree more. For those of you in the VMUG community who couldn’t make it out to Las Vegas, here are three things you need to know: VMware Cloud is on Microsoft Azure This was by far the biggest and most important announcement to come out of Las Vegas. Microsoft is joining the growing list of major tech players, such as AWS and Dell EMC, who are broadening their partnerships with VMware to give users the best possible cloud experience. VMC and vCloud Foundation are gaining momentum because they are the best way to get SDDC up and running. The ability to run VMC on Azure will make life easier for many vAdmins like myself. VMC on Dell EMC As many of you may know, my roots are on premises, so I firmly believe in the importa
Post a Comment
Read more
More posts 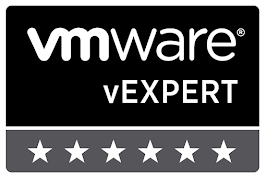